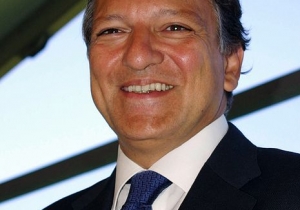 The agenda of the event features issues, crucial for Ukraine and EU, such as global problems of economy and energy sector, new configuration of the European community, current geopolitical situation and information wars, prospects of Ukraine's integration to Europe.
The forum was opened by Mr. Steven Byers, Member of Parliament, UK, Chairman of the Board of YES; Mr. Mario David, Vice-president of the European People's Party and the YES University founder; and Mr. Victor Pinchuk, founder and Member of the Board of YES.

"Mr. Barroso who is extremely interested in our work and keeps a finger on the pulse of the processes taking place in this part of the world asked me to extend you his warmest greetings. We happen to have an exclusive opportunity to gather representatives of three largest political families of Europe - European People's Party, socialists and liberals. It is the evidence that we can unite if the serious things are concerned indeed", Mr. Mario David, creator of the initiative of the YES University, said in his introductory remarks.

Mr. Victor Pinchuk, founder and Member of the Board of YES, shared his expectations regarding the 2nd YES University: "Mr. John Sexton, the President of New York University, whom I met last week in New York has developed an interesting theory: he believes that the world will have 4-5 "idea capitals" which will concentrate new idea generating in the nearest future, among them New York, London, Dubai, probably Beijing and Delhi. Unfortunately, in view of persevering political crisis in Ukraine and lack of vision of our political leaders I doubt that Kyiv will among the 5 capitals. However, I will make all possible efforts for Kyiv to become at least regional capital of ideas within Europe.
It is the reason for our rallying here today, to generate new ideas and develop vision of the future Europe. I wish you success in achievement of this challenging goal."
Addressing the participants of the 2nd YES University with his welcome statement Mr. Steven Byers said: "We consider you as the political leaders of the future. It demands much responsibility. Mission of Yalta European Strategy is to gather people who will determine the paths to go forward and this is the reason for us to be here today".Among the participants of the 2nd YES University are Mr. Jan Figel, Member of the European Commission for Education, Training, Culture and Youth; Mr. Marek Siviec, Vice President of the European Parliament, Alexandr Kwasniewski, President of Poland (1995 - 2005); Mr. Adrian Severin, Chairman of Interparliamentary Committee of Ukraine-EU Cooperation; Mr. Charles Tennok, Vice Chairman of Delegation of Interparliamentary Committee of Ukraine-EU Cooperation; Mrs. Nino Burdzhanadze, Chair of the Parliament of Georgia (2001-2008); Mr. Sergey Glazyev, Director of the New Economy Institute of the State Administration University of Russian Federation and Member of the State Duma of Russian Federation of the 1st (1994-1995) and the 3rd (2000-2003) convocations; Mr. Arseniy Yatsenyuk, Chairman of Verkhovna Rada of Ukraine; Mr. Hryhoriy Nemyrya, Vice Prime Minister of Ukraine for European Integration; and Mr. Anatliy Hritsenko, the People's Deputy of Ukraine.

Niall Ferguson
Senior Fellow, Hoover Institution, Stanford University, 15th YES Annual Meeting, 2018
«[…] there is only one past, but multiple futures. And our job, collectively, is to choose the right future.»