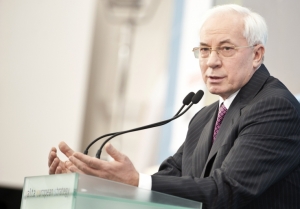 Prime Minister of Ukraine, Mykola Azarov, believes that the agreements with the EU to be signed soon should include prospects for Ukraine’s membership in the European Union. The leader of Ukrainian government declared so during the discussion “Eastern Europe and the Role of Ukraine” at 8th Yalta Meeting of YES.

“The European Union is not a groom, and Ukraine is not a bride. The debates whether or not to enter the prospects in the agreement seem to me rather bureaucratic and ceremonial,” he noted. “They definitely should be included if we think about the future, if we look not only on the present day. Europe is on the verge of the deepest transformations. Let’s look what China was like 20 years ago and look from a 10-year perspective. Our debates will have no sense in 10 years,” he emphasized.